Among Southern Africa’s fascinating game reserves, Pilanesberg National Park is possibly the most accessible. Situated in the ecologically rich transition zone between the Kalahari and the Lowveld, this vast area promises thrilling big game viewing in a malaria free environment. A wide variety of accommodation is available to suit your needs. 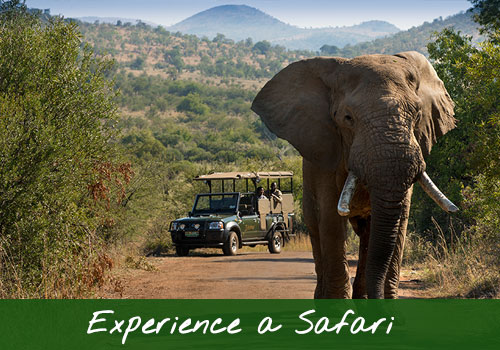 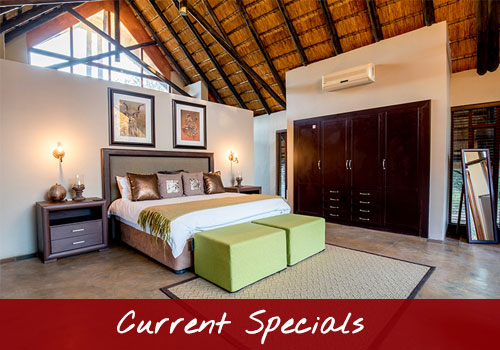 Some of the most beautiful scenery within the entire park can be viewed in the Mankwe Dam region. The dam is the largest body of water in the game reserve. This makes it the perfect place to spot a wide variety of animals. water-buck, wildebeest, zebra and impala are among the animals that make a stopover on the grassland bordering the dam.

For bird lovers, there is a bird hide very close to the water’s edge. Make sure you take note of the fish eagles, kingfishers and cormorants circling the dam. All of these places provide many a fantastic opportunity to photograph the plentiful array of fauna and flora.

Pilanesberg National Park, or Pilanesberg Game Reserve as it is often called, is located in the Bojanala Region, within the North West Province and relatively near Johannesburg. With an area of 550km², it is the fourth largest park in South Africa. The volcano crater in which the park is situated erupted 1300 million years ago. Pilanesberg was originally owned by 3 of the local tribes. Many of the Stone Age and Iron Age sites around the reserve show proof of the presence of man. 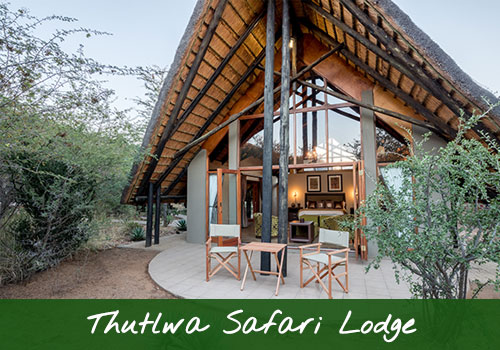 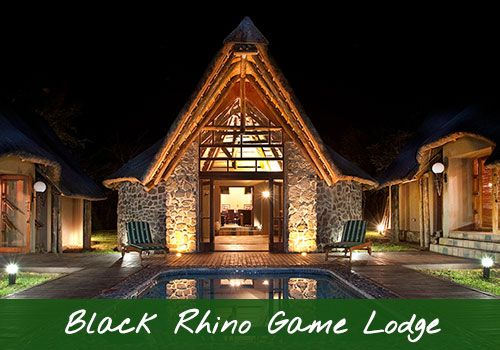 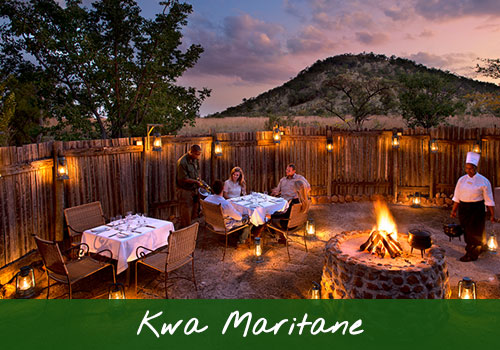 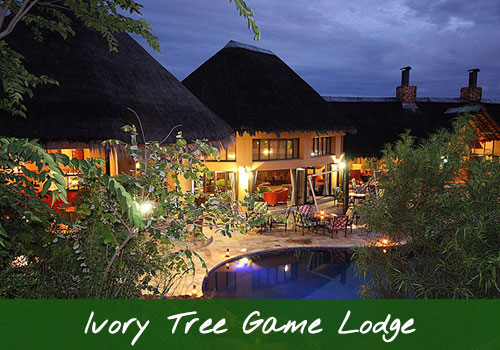 You may be wondering what sets Pilanesberg Game Reserve apart from other National Parks. What makes it so unique? Here are some of the best reasons to visit Pilanesberg:

Only three hours’ drive away from South Africa’s largest city (Johannesburg), Pilanesberg National Park offers the perfect opportunity to leave the city lights behind, and discover another world. Celebrate the public holidays, or enjoy a romantic getaway in the unspoiled wilderness.

The diversity of Pilanesberg’s accommodation options means that there is an offering to suit every taste. Whether you enjoy “roughing it” in a Safari tent in the bush, or a savouring a glass of fine wine in a big bubble-bath as you gaze out the window of your luxury lodge, Pilanesberg has something just for you.

Pilanesberg National Park exists in a transition zone between the dryness of the Kalahari and the wet Lowveld vegetation. This rich transitional zone attracts an incredible variety of game animals, flora and fauna that are not often found living side by side. Virtually all of the animal species native to southern Africa can be found here, including the Big 5, wild dog, Roan, Tsessebe, Sable antelope and more than 360 species of bird.

The relatively small size of the park, and its unusual ecological richness, dramatically increase your chance of encountering the Big 5 in their natural environment. Enjoy a leisurely Safari experience, or a surprise weekend escape: Pilanesberg allows you to choose your own adventure.

Pilanesberg National Park is set within the crater of an ancient volcano, formed 1.2 billion years ago by overflowing magma. The landscape and rock formations we see today are the enduring reminders of this magnificent occurrence.

Immerse yourself in the natural world, in one of Pilanesberg’s concealed photographic hides. Hidden within the park, these well-built hides provide a comfortable place to wait for that perfect shot. A rare opportunity to view the wildlife and birds in their natural habitat, safely out of sight. 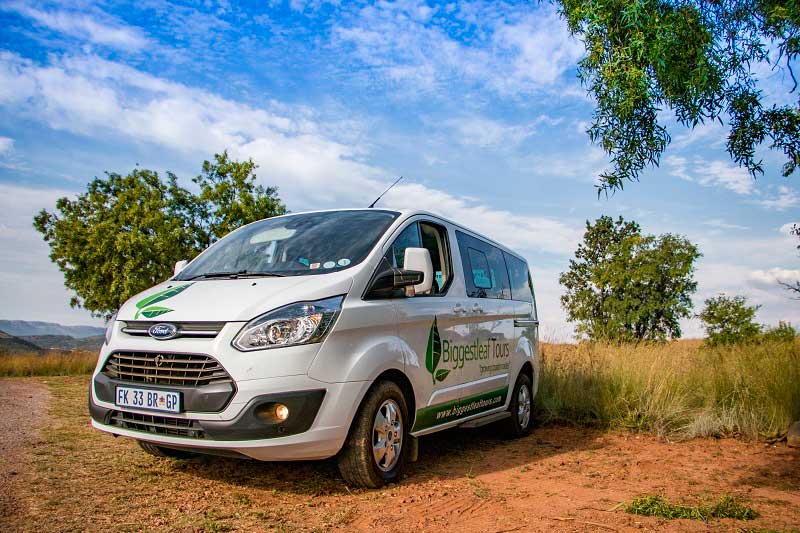 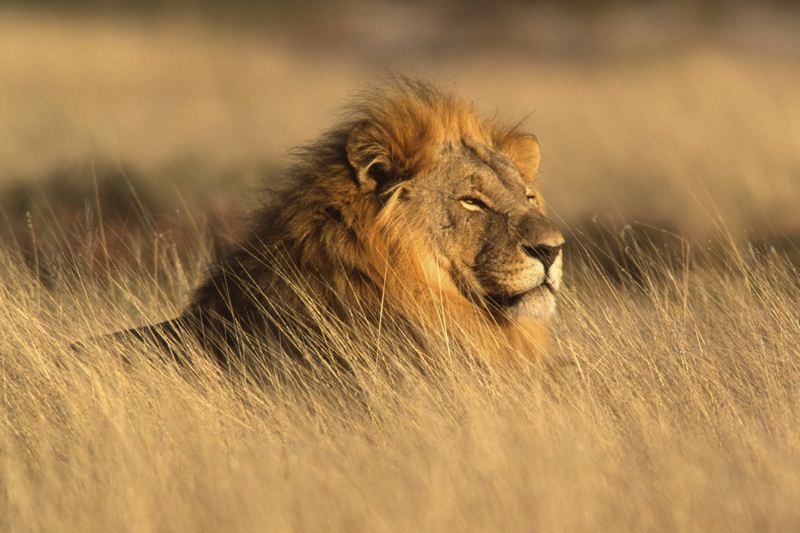 If you are short on time or perhaps you would like a quick insight into what Pilanesberg National Park can offer, the 1 day tour is a great option. Due to the limited time you will have to explore this Big 5 reserve, your day will be busy, but not rushed! Pilanesberg National Park is only a quick 2 hour drive from Johannesburg, which makes it the perfect destination for a 1 day safari tour.

You will have the opportunity to see fantastic wildlife and soak in the incredible scenery in this Big 5 Game Reserve. 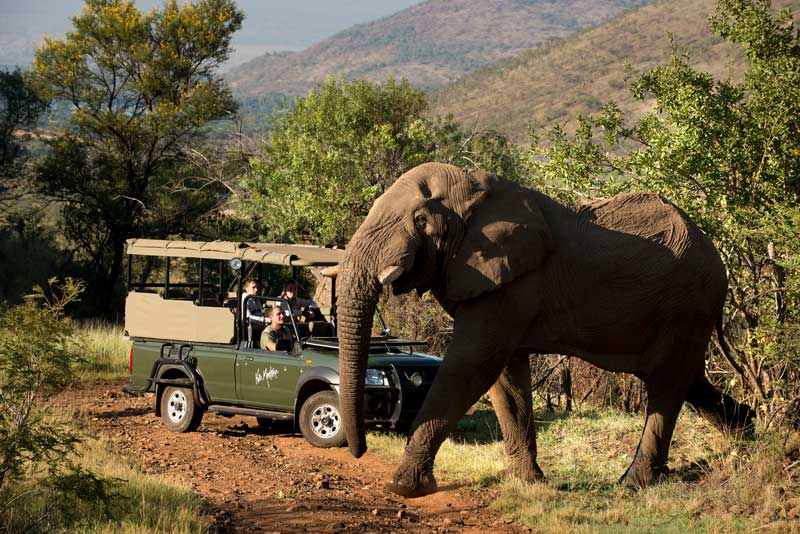 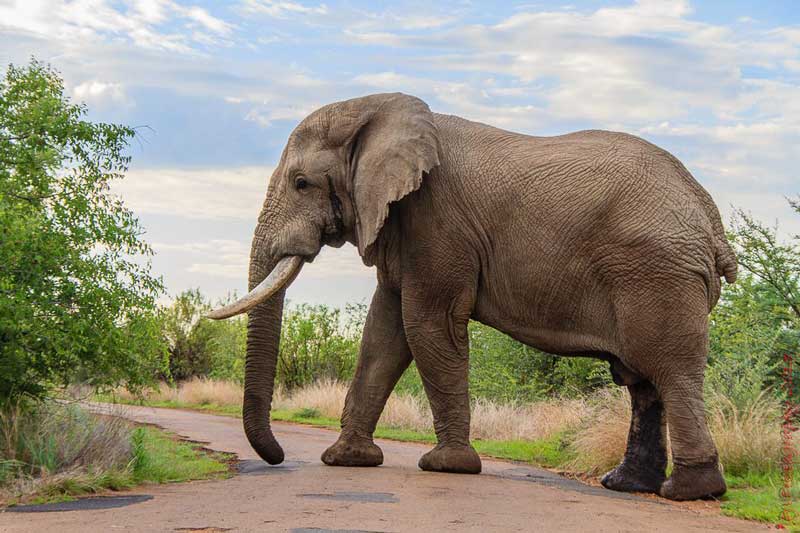 The park was named after a Tswana chief who went by the name “Pilane.” The northern part of Pilanesberg National Park was originally owned by the Bakgatla- ba- Kgafela tribe (also known as the Bakgatla tribe). The southern area of the park was formerly a set of farms owned by local farmers in the 1860’s and they were responsible for the development of the Mankwe Dam in the reserve. These farms in the south of the park were then bought by the Government during the 1960’s under the apartheid regime. The Bakubung tribe decided to settle on this land, arriving from the nearby town of Ventersdorp. This land was then passed onto Bophuthatswana (an area set aside for members of a specific ethnicity- “Bophuthatswana” means gathering of the Tswana people).

Now was the time for the re-introduction of wildlife into the area and the conversion of Pilanesberg into a game reserve. Chief Tsidmane Pilane from the Bakgatla tribe agreed to the inclusion of a mountainous region owned by them, to be included in the new reserve. Families were moved to a new town to the east of the reserve in an agreement with tribal authority.

These are the stages leading up to what we observe today as Pilanesberg Game Reserve. Around the same time, Sun International obtained a lease on the adjacent farm and built one of South Africa’s biggest entertainment complexes, Sun City. The development of Pilanesberg National Park is still considered to be one of the most complex yet aspiring projects of its kind found anywhere in the world. 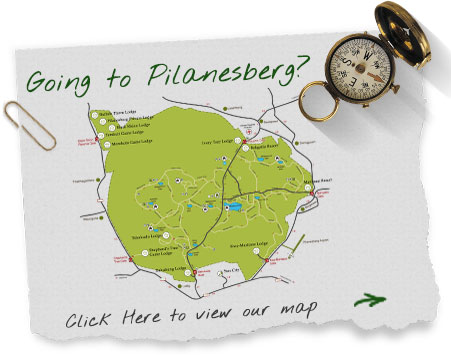 Birding at it's best 📸 Come and visit ➡️ l

With Mother's Day fast approaching on the 10th of

Wishing you a love-filled weekend! ❤️ ⠀ ⠀

Don't forget to tag us along your travels to @Pila

Mother Cheetah with her cubs spotted now, during T

"The bloom may be brief but the memory of its beau

"I am more afraid of an army of one hundred sheep

Who? 🦉⠀ ⠀ Photographed by Martin Meyer @mar

With all the back-to-school chaos beginning in Sou

Keeping an eye out for the weekend 👀⠀ ⠀ Bea

An incredible capture of a pied kingfisher at the

Wishing our friends and followers a stellar new ye

Wishing our friends and followers a holly jolly Ch

We hope that you and your pride are having a wonde

Error: API requests are being delayed for this account. New posts will not be retrieved.